Why Lisa From Coming 2 America Looks So Familiar 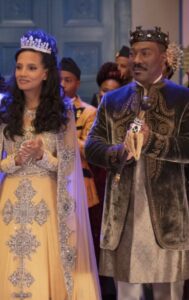 Audiences have been eagerly anticipating the premiere of Coming 2 America, now available on Prime Video. The sequel features almost all of the same cast members as the original 1988 film, Coming to America, starring Eddie Murphy.

One of the core characters is Lisa McDowell, played by Shari Headley. She became the love interest of Murphy’s character, Prince Akeem, after he met her during his first trip to America. The daughter of a fast-food restaurant owner, Cleo McDowell (played by John Amos), Lisa ended up marrying Akeem at the end of Coming to America. So, for the sequel, she’s known as Queen Lisa Joffer.